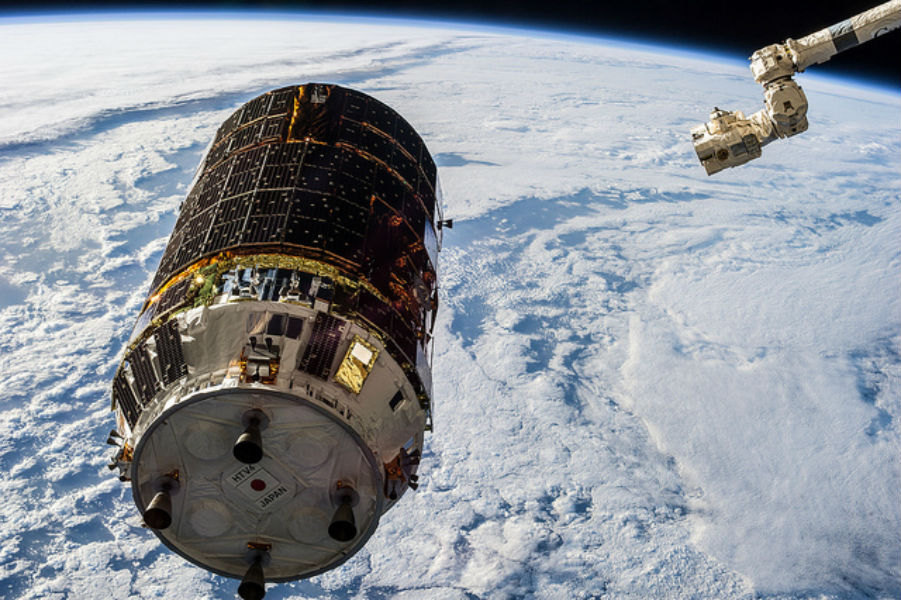 An unmanned cargo spacecraft called “HTV-6” is all set to bid adieu to the International Space Station (ISS) and move towards to earth today. As announced by Japan Aerospace Exploration Agency (JAXA)’s cargo spaceship – H-II Transport Vehicle-6 (HTV-6) is geared up for departing from the ISS at 10:30 a.m. EST, on 27th January 2017.

The onboard crews of ‘Expedition 50’ on ISS are getting ready to release Japan’s sixth cargo ship for the earth. The spaceship, carrying the trashes of the International Space Station (ISS) will take its wings today, on 27th January 2017. Named as Kounotori HTV-6, the resupply ship, from the Japan Aerospace Exploration Agency, is being detached from ISS’s systems and is all set to take the departure from the station on Friday at 10:30 a.m. EST. Overnight; the ground-based controllers will control the Canadarm2 and contrive the HTV-6 away from the Harmony section where it adheres.

The onboard crews of ISS, including the European Space Agency astronaut Thomas Pesquet and NASA’s Commander Shane Kimbrough, will then command the 57.7-foot-long robotic arm to discharge Kounotori back into its programmed orbit. After the successful conduction of some supportive scientific experiments on HTV support systems for a week, Japanese flight regulators will de-orbit the cargo-ship on 5th February for re-entering into the atmosphere of the Earth. The spacecraft will enter Earth’s atmosphere for a blistering removal over the Pacific Ocean.

To summon up, the Japanese HTV-6 resupply ship was launched on 9th December 2016 aboard H-IIB launch vehicle from Tanegashima Space Center and the touchdown the surface of the International Space Station (ISS) on 13th December 2016 and delivered more than 4.5 tons of supplies and experiment tools to the six-person crew of the station.