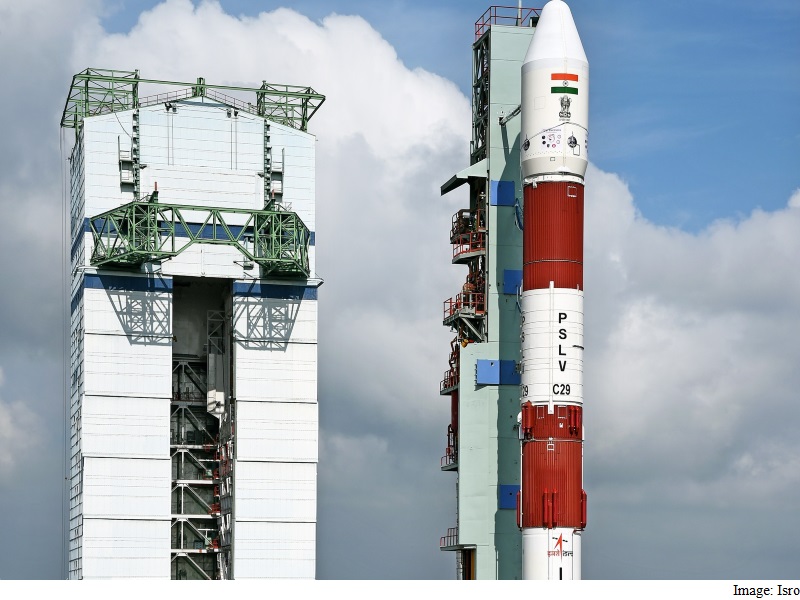 The global space industry is going to witness a first-of-its-kind lunar mission in the late of December 2017, when Indian Space Research Organization (ISRO) will launch two separate and rivalry rovers to Moon under a single mission. The Lunar mission that is scheduled for the late of December 2017 or the early of January 2018 will witness two simultaneous launches from ISRO’s most reliable and powerful PSLV (Polar Satellite Launch Vehicle) Rocket.

This collaborative mission will be held between India and China and will be a first-of-its-kind launch mission in the space-race to the moon. ISRO’s PSLV will fly to sky taking two satellites, each from India and China. One Spacecraft will be owned by the Bengaluru-based Private space startup – Team Indus, while another one will belong to Japan’s Team HAKUTO. By the end of 2017, TeamIndus with its own rover, Eca will take off to the moon alongside HAKUTO’s Japanese rover, called Moonraker.

The spacecraft accommodating two rovers will be blasted off atop ISRO’s Polar Satellite Launch Vehicle (PSLV) in the late December or early January. Earlier this month, the Indian team – TeamIndus declared about signing the contract with ISRO for launching Lunar Rover to Moon, and few months after this announcement, the Japanese team HAKUTO announced its collaborative project with Team Indus for the Moon mission of 2017. The Japanese rover will be installed as a commercial freight onboard TeamIndus’s spacecraft and will take wing to the Moon through ISRO’s PSLV.

Currently, both HAKUTO and TeamIndus are competing for the $30-million Lunar XPrize, subsidized by Google. Lunar XPrize is the largest incentivized contest of the globe and the winning team will be awarded $30-million. The competition enables the privately-owned team to launch a space probe to the moon and function it to 500 m away from its arriving location site and then beam back highest-definition images of Moon to the earth-based astronomers.