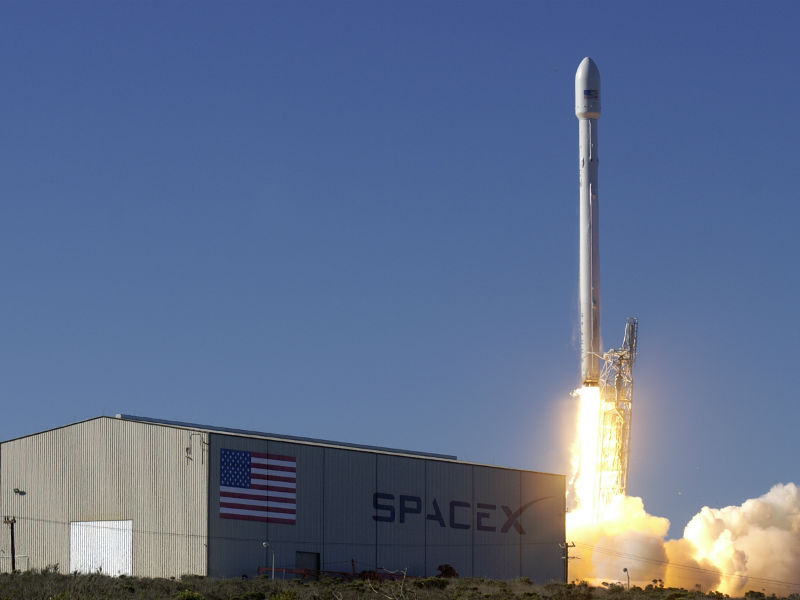 The rescheduled launch of Falcon 9, powered by SpaceX gets the green light from FAA for Monday launch. On Friday, SpaceX received ‘go ahead’ license from The Federal Aviation Administration and with this, the launch of a fresh rocket into space confirmed. Just a few days before it is programmed blast off from California’s Vandenberg Air Force Base, the green signal from FAA has confirmed the launch of Falcon 9 rocket with 10 Iridium NEXT satellites. As said by the officials of SpaceX, the launch is slated for 9th January, Monday, at 10:22 am PST. Previously, the officials of SpaceX confirmed the launch of Falcon 9 on 8th Jan, which later postponed to the next day, due to the bad climate of California.

After the faltering blast off of a Falcon 9 rocket during a pre-launch test program on 1st September 2016, the re-launch of any rocket belongs to the same category was quite uncertain. However, after the engineers of SpaceX confirmed the thorough diagnosis and fixing of the technical glitches, the America-based space start-up confirmed the re-launch of Falcon 9 on the first day of next week. The spectacular explosion of Falcon 9 caused a massive destruction of the launch booster and satellite consignments, valuing around $195 million, and hence a detailed investigation for diagnosing the issues was mandatory for the America-based firm.

Now as everything is cleared and confirmed, Elon Musk’s company is all set for the momentous launch, after almost 5 months. The rocket Falcon 9 will blast off from the launch pad of California, holding a cluster of satellites for the Iridium Communications Inc. The 10 next-generation communications satellites called ‘Iridium NEXT satellite’ which will be positioned in orbit and will later take the communication programs of Iridium Communications Inc forward. All the ten satellite are intended to boost up the speed and bandwidth of the company’s communication service. Each satellite of the series is programmed to host airliner tracking and surveillance structures which are developed by flight tracking firm Aireon.

Speaking on this matter, Matt Desc, the CEO of Iridium said in a statement, “The team of Iridium has been eagerly waiting for the launch day, and we, all are now looking forward to transmitting those ten first high-end and next-gen Iridium NEXT satellites into orbit.”