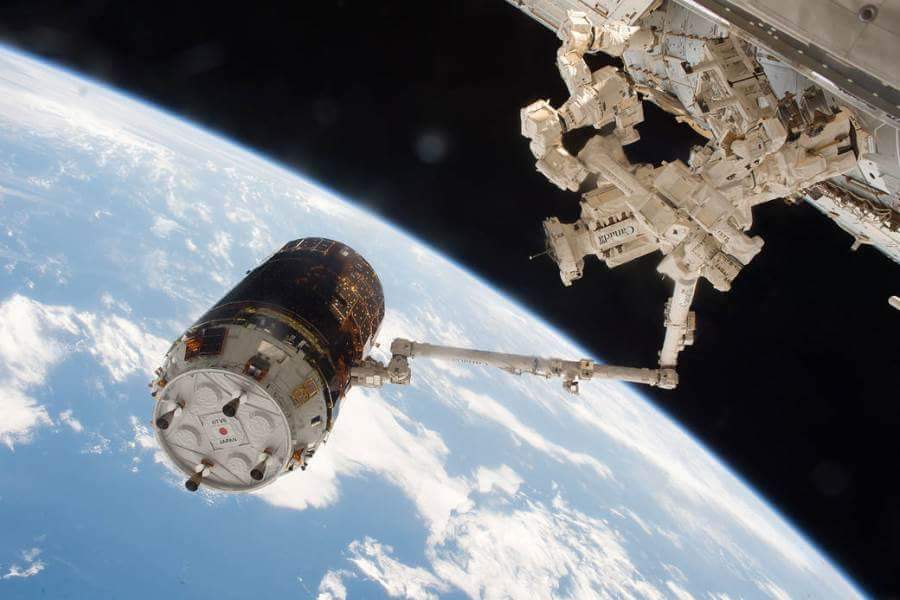 Two astronauts of International Space Station, who started the momentous spacewalking on 6th January 2016, have successfully completed the replacement of second battery of the station on Friday, 13th January 2016. After the first battery replacement on last Friday, 6th January 2017, this is the second and last operation of the spacewalk mission.

Two ISS astronauts, Shane Kimbrough and Thomas Pesquet, on this Friday, successfully accomplished a hassle-free 5 hours and 58 minutes spacewalk, during which, they replaced the complex battery of ISS. The multifaceted battery, located on the right side of ISS’s solar power successfully restored by the duo of astronauts, leaving enough time for the astronomers to conduct some other lower-priority “get-ahead” tasks.

The replacement of the second of two programmed battery, the spacewalkers marked the successful upgrade of the power system of the International Space Station’s (ISS). During the spacewalk, the astronomers accomplished the replacement procedure of 12 nickel-hydrogen batteries with new high-end lithium-ion units. The spacewalking duo gets ahead with a faster approach and ended up accomplishing all the proposed tasks before the timeline. Moreover, they also get enough time to complete rest of the assigned get-ahead tasks.

The exchange of the spacesuit with the battery power by the Expedition 50 Commander and NASA’s veteran astronaut Shane Kimbrough with Flight Engineer and European Space Agency cosmonaut, Thomas Pesquet took place at 6:22 a.m. EST (11:22 GMT), which marked the official initiation of Extravehicular Activity (EVA) 39. Not long after that, the astronaut pair stepped outside the Quest airlock to kick off their six-hour-long spacewalk.

Shane Kimbrough was the lead spacewalker of the mission EV-1 and dressed in the suit having red stripes. Similarly, Thomas Pesquet was the lead for EV-2 and wore the spacesuit with no stripes. The main assignment for this EVA operation was to install the concluding battery adapter plates on the starboard 4 (S4) tie up section where the 1A power conduit of the space station is positioned. The 109-meter or 356-foot long tether is stuffed with eight large Solar Array Wings, each of which adhered to a power conduit with triplet threads of batteries.