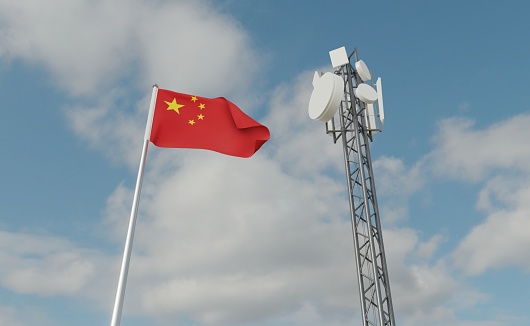 The Long March 11 rocket from the Yellow Sea deployed the satellites, one of which belonged to the video-sharing site Bilibili on Tuesday, media said.

It is designed to be deployed rapidly and is primarily used to carry small satellites from mobile launch sites such as a ship. In June last year, the rocket made its first sea launch.

China has three launch centers for inland space, where used rocket stages return to earth and often pose a danger to populated areas. This risk will be minimized by Sea Launches.

In recent years, China has made its space program a top priority, as it races to catch up with the US and become a global space force by 2030.

The launch mission was carried out by the De Bo 3, one of China’s largest tugboats with a maximum load capacity of 20,500 tonnes. According to the China Aerospace Science and Technology Corporation (CASTC), Peng Kunya, the designer in chief carried out the Long March 11 rocket, said that the sea launch shortened the distance from the rocket manufacturing site to the launch pad, which greatly improved service performance.

The Jilin-1 Gaofen-03 (Jilin-1 High Resolution-03) satellites were developed by Chang Guang Satellite Technology Company and are a group of nine satellites, including three video satellites and six push-broom satellites.

The nine new members will join the Jilin-1 constellation group, which will provide richer remote sensing data and product service to users in the forestry, agriculture, grassland, ocean, energy, environment, and other industries.
The Jilin-1 is the first Remote Sensing Satellite built for commercial use by China. The collected data would be used to predict and mitigate geological hazards, as well as shorten the time scale for natural resource exploration.

4 Types And Combinations For Matching The RCD To The Load

Jio Pages – Made in India Browser