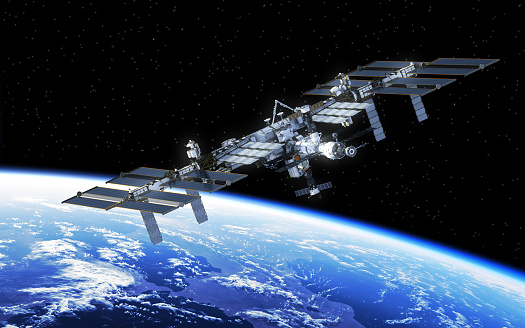 On 29 September 2020, a small air leak was found on the ISS (International Space Station). The astronauts Anatoly Ivanishin, Ivan Vagner, and Chris Cassidy on the International Space Station (ISS) were awakened to quickly seal the hatches between the compartments. The search for the leak was a tedious process and progressively worsening. The crew had already carried out such an exercise twice earlier this month. They had isolated themselves on the Russian side to locate the leak that was increasing daily.

But this time around the leak was attributed to a temporary change in temperature. This led to the air pressure in the cabin being wrongly read. Ultrasound leak detectors were used to locate the leak. Russian and American specialists recorded pressure measurements to help isolate the leak source. The leak was noticed in the main working area of the Zvezda Service Module – the section that contains its life-support systems. The hatches separating the Russian and American modules are now open again and there is a resumption of activities aboard the space station.

The leak was detected nearly a year ago in September 2019 but it has been growing since then. By the time, it took longer to identify the leak as the crew was involved in spacecraft arrivals, spacewalks, and other orbital tasks. There has been a decrease of 1 millimeter of atmospheric pressure every 8 hours. But it was stressed by NASA that the leak was not as dangerous as it was a small one. The crew would attend to the leak in the next few days.

The astronauts are safe and the space station was good to go for the next few months, provided the leak did not worsen. In the meanwhile, additional air supply tanks will be sent on the next space station delivery from Wallops Flight Facility, Virginia.

If the leak is too large, pressurized tanks containing oxygen and nitrogen won’t be able to quickly replace the lost air. The ISS loses minuscule amounts of gas to space and is not an airtight compartment. But the pressure is maintained by the nitrogen tanks that cargo spacecraft bring up. Leaks checks have been conducted in the Japanese, American and European modules of the America segment of the ISS.

By October 31, 2020, few more astronauts will arrive at the space station aboard the SpaceX. The ISS was launched in 1998 and there have been 63 missions to date. On 14 October 2020, the next set of residents will leave for the ISS- Cosmonauts Sergey Kud-Sverchkov, Sergey Ryzhikov, and NASA astronaut Kate Rubins. Preparations are on for the launch from Baikonur Cosmodrome in Kazakhstan. In fact, the spaceship capsule SpaceX will be renamed as Resilience as an indicator of the challenging year that it has been.