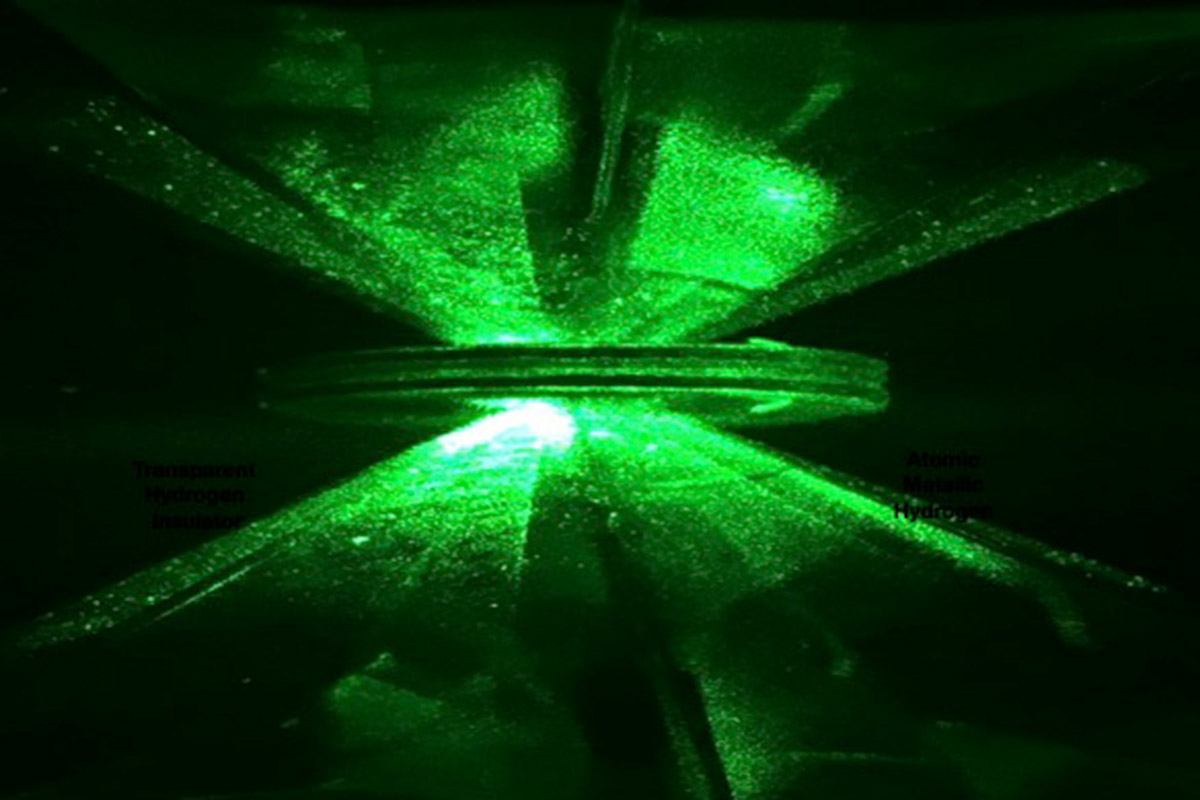 Since nearly one century, scientists, across the world have dreamed of converting the lightest element of the world – hydrogen, into metal. Now, in a breakthrough, researchers at Harvard University, Cambridge, Massachusetts have succeeded developing a metal from the hydrogen. According to the report, published in the journal Science, the Harvard researchers have successfully developed the tiny amount of metal – which is estimated to be the rarest, and perhaps most precious, the material of the world.

According to the brains behind the discovery, hydrogen becomes reflective under extremely high pressure, and this reflectivity is a central characteristic of metals. The complete details of the study were published in academic journal “Science” on 26th January 2017.

Though, until now, critics have refused to believe the path-breaking development, but if correct, this development could put an end to the decades-long hunt for a material with multiple unusual properties, like superconductivity capacity. In simple words, the metal, developed by Harvard scientists is capable of conducting electricity without resistance.

It is a scientific discovery that could theoretically revolutionize the modern-day technology, allowing engineers and researchers to develop ultra-fast computers, high-velocity levitating trains, super-powerful vehicles and improve anything related to electricity, said Isaac Silvera and Ranga Dias, the co-lead of the experiment. It will also allow the scientists to explore the world beyond earth, like never before.

But the prospect of the brilliant potential of the material could be under threat, if the scientists, in their next step – to confirm whether the metal remains steady at conventional forces and temperatures or not – will be unsuccessful to provide evidence.

According to Professor Isaac Silvera, the co-leader of the study from Harvard University, “This breakthrough can completely revolutionize the meaning of high-pressure physics and pave avant-garde paths for a new superior future.”