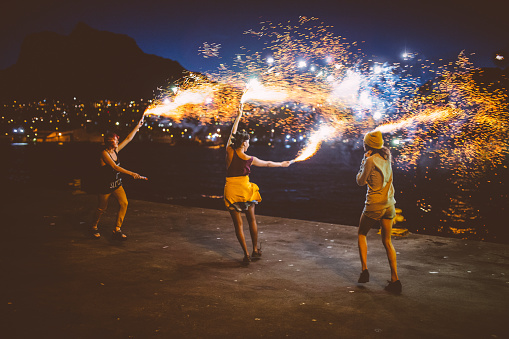 The Government of Delhi has come to a conclusive decision, ahead of the Diwali festival, regarding the bursting of firecrackers in the city. An Anti-Firecracker Campaign is to be launched from 7th November 2020 by the Environment Minister Gopal Rai. On Wednesday, he requested people in Delhi not to burst any crackers. This is being done considering the seriousness of the Covid-19 issue. Since the fumes are likely to cause breathing trouble for many, the Government came up with this initiative.

The minister further added that the companies will only be allowed to manufacture and produce green firecrackers, ones that will not have a grave impact on the atmosphere. These directions have been issued as per the directives of the Supreme Court that came out with an order in the year 2018. Reports suggest that smoke from burning stubble and even from the firecrackers severely deteriorate the air quality in Delhi. It is hazardous for the climate. Even those who have serious health issues will fall at a risk.

This is why the Government has taken the ultimate decision to structure this campaign and stop people from burning crackers. Under this campaign, there will be 11 squads in total, all specialized to look after this matter. Mostly from the Delhi Pollution Control Committee as well as executives from the Delhi City Police, this squad will keep a close check on the production of firecrackers, majorly among the local manufacturers. Their objective is to ensure no firecrackers from an old stock is being sold.

The Environment Minister has also appealed to the common people not to burst heavily dosed crackers as it can severely deteriorate the condition of the Covid-19 patients. In fact, he is also trying to convey to people the importance of going cracker-free this year. The no-cracker campaign should also be upheld, says he. People should avoid bursting firecrackers completely, given the incidence of the virus.

This campaign is one of the most beneficial initiatives taken by the Government, many claims. The manufacture of the crackers must be banned to ensure that the health conditions of people are not at risk. These 11 special squad teams will be trained to monitor the sale of crackers in Delhi and the adjoining regions. The main goal is to improve the intensity of the coronavirus pandemic happening in India.

Since the firecrackers emit fumes in the air, it can cause serious breathing issues for all, especially the elderly. Trouble in breathing is a definite sign of Covid-19.

The campaign can also stop people from forming gatherings because of the festival. This way, community transmission of the virus can also be avoided to a maximum extent. Moreover, since for many years now, this particular industry has failed to undertake all the precautionary measures, there is no other option apart from limiting sales.

These latest developments have raised some concerns among the manufacturers only their only source of revenue will be stopped if the campaign is implemented successfully.

Air emergency in Delhi, no signs and symptoms of Grap
Delhi temperatures drops below normal