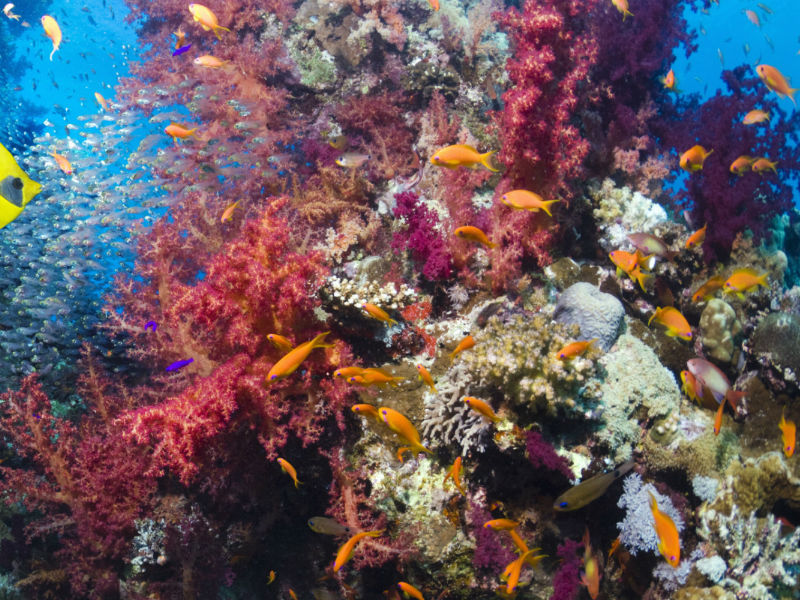 The abnormal changes in the climatic pattern have kept on affecting the entire globe, starting from the south polar to the north. However, the harshest impact of global warming is found in the aquatic communities of coral reef, suggested a new study. According to the research led by Ruben van Hooidonk of the University of Miami and Jeffrey Maynard, the changes in climate are triggering a great damage and long-lasting impact on the general wellness of the coral reefs of the oceans.

In addition, the study also warned that, by the end of the current century, the majority of the coral reefs will be damaged with the estimation of 99% reefs per year because of bleaching – a manmade process causes the loss of color among the reefs and make them more susceptible to sickness and demise. In the recently published reports, the researchers also warned that, in the last two years, the natural word has witnessed the largest coral bleaching event, which destroyed most of the aquatic lives and corals on an unmatched level.

As per Wiki, Coral reefs are diverse underwater ecosystems held together by calcium carbonate structures secreted by corals. Coral reefs are built by colonies of tiny animals found in marine water that contain few nutrients. Most coral reefs are built from stony corals, which in turn consist of polyps that cluster in groups. The polyps belong to a group of animals known as Cnidaria, which also includes sea anemones and jellyfish. Unlike sea anemones, corals secrete hard carbonate exoskeletons which support and protect the coral polyps. Most reefs grow best in warm, shallow, clear, sunny and agitated water.

Often called “rainforests of the sea”, shallow coral reefs form some of the most diverse ecosystems on Earth. They occupy less than 0.1% of the world’s ocean surface, about half the area of France, yet they provide a home for at least 25% of all marine species, including fish, mollusks, worms, crustaceans, echinoderms, sponges, tunicates and other cnidarians. Paradoxically, coral reefs flourish even though they are surrounded by ocean waters that provide few nutrients. They are most commonly found at shallow depths in tropical waters, but deep water and cold water corals also exist on smaller scales in other areas.

Coral reefs deliver ecosystem services to tourism, fisheries and shoreline protection. The annual global economic value of coral reefs is estimated between US$30–375 billion. However, coral reefs are fragile ecosystems, partly because they are very sensitive to water temperature. They are under threat from climate change, oceanic acidification, blast fishing, cyanide fishing for aquarium fish, sunscreen use, overuse of reef resources, and harmful land-use practices, including urban and agricultural runoff and water pollution, which can harm reefs by encouraging excess algal growth.

According to the study published in the journal Nature, the process of bleaching is triggered by the extreme temperature of water, which in other ways are affecting the coral to drive out algae that integrate into their tissues, turning them monochrome. Though turning out to be white doesn’t kill a coral, but it is the sign of an endangered stage where the potential of death is at the utmost level. As per the researchers, bleaching also can be turned on by the overflow of the storm, excess contamination, overexposure to sunshine and contact with the air during low tides.

But due to the climate change and its harsh impact, the coral reefs are bleaching out much sooner than expected and within a decade, 99% of the coral reefs will be bleached out, warned the study. Moreover, the reefs located close to the equator are likely to experience yearly bleaching at a much faster pace, even if secretions drop oaths materialize. The study published under the title “Local-scale projections of coral reef futures and implications of the Paris Agreement” is issued in the journal Nature.