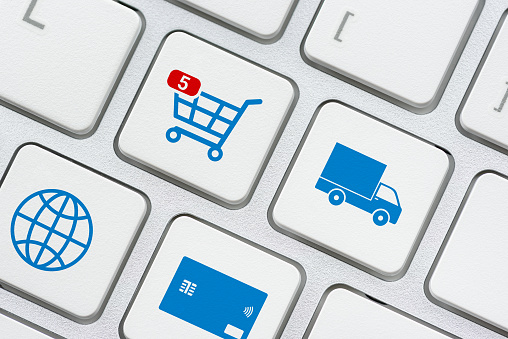 A recent report published on Wednesday has come up with some startling revelations. The Indian E-Commerce Industry has undergone a heavy growth in their order volume by almost 31 percent in the third quarter of 2020. This is calculated until the end of September. However, while the value of orders has shown a significant increase, the corresponding GMV or Gross Merchandise Value could not match those numbers. The GSM has only grown by 24 percent, along with a 5 percent minimal decline in the average order value, the report states.

This detailed, data-driven analysis has been conducted by a renowned E-Commerce platform known by the name UniCommerce. It is also a leading Software-as-a-service or SAAS platform dealing with economic numbers and data.  The surge in demand is largely a result of the pandemic when everything was shut down and nothing except necessary stationery items was available.

After the nationwide lockdown lifted, the businesses started operating in this first quarter across a major part of the country. Consequently, they noticed a boom in sales and therefore started garnering increased revenue and profit.  Reports have also highlighted that the healthcare and pharma industry has benefitted most from this surge, although the fashion and electronics market continues to be equal competitors.

The E-Commerce market is no longer a vertical industry, say the experts. Rather it has taken the front seat, becoming the face of the new consumer market. The level of growth that it manifests is commendable, especially during the time of the Pandemic when the dynamics of the retail industry transformed drastically. Experts also believe that this growth will show more potentiality soon as the momentum will rise swiftly.

While brands from the biggest categories continue to grasp the bigger share volume, results in Q3 has further shown that their websites have encountered a growth of almost 78 percent as compared to the 35 percent in the marketplace during the same duration. Brands have learned to focus on investing in their online channels for improved interaction with potential customers and adopting new technological solutions to enhance and modify core operations.

The report tactically mentions nationwide consumers as the major driving force behind the expansion of the E-Commerce sector. Those living in tier 2 and tier 3 largely impart to this rising segment. The regional markets with their focus on smartphone adoption are driving maximum growth in tier 2, mainly from beyond the mainstream cities. Markets from tier 3 have shown the development of 90 percent, which is extraordinary.  This overall growth is thus a good sign for the E-Commerce owners.

Another good news for the E-Commerce stores is that the return requests have reduced.  This number has seen a huge drop by approximately 22 percent, an indication that the online industry is substantially maturing, thus encouraging more consumerism by setting up a secure ecosystem within which the buyers have discovered magnified comfort.