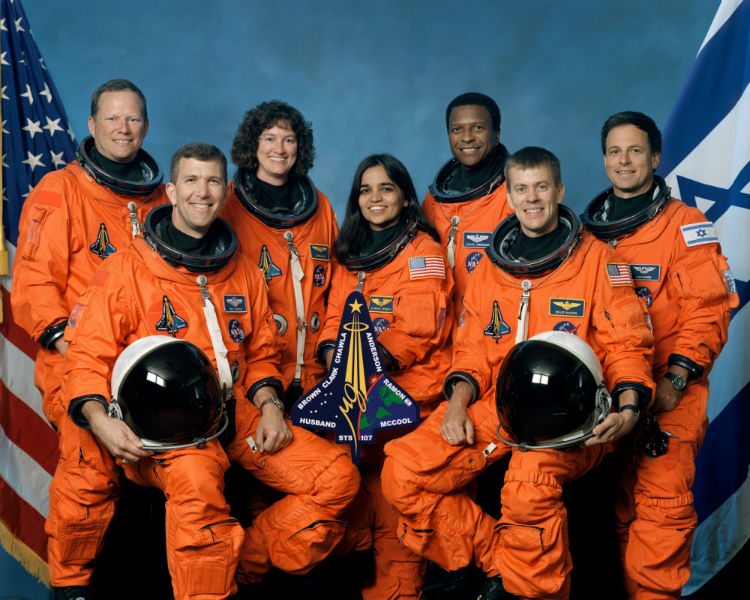 NASA on its Annual Remembrance Day day honored all the astronauts who lost their lives in the line of duty. The Kennedy Space Center was filled with the emotional faces of the families, friends, and colleagues of the astronauts who died whilst on their mission. The honored included seven astronauts who were killed in the shuttle — Columbia 15 years ago. The gathering was joined by the son of Israel’s first astronaut and a singer and songwriter — Tal Ramon along with a few hundred others at the Kennedy Space Center to remember the Columbia crew and other astronauts killed in their service over the decades.

Seven astronauts – including Israeli astronaut Ilan Ramon and Indian astronaut Kalpana Chawla, died on February 1, 2003, in an explosion in the Columbia shuttle, which shattered in the skies over Texas, just minutes before its Florida touchdown. Tal presented two of his songs, singing in Hebrew, accompanied by the keyboard. The performance was rhythmic and melodious, displaying virtuosic skills of Ramon. Later, he and relatives of other astronauts killed during their watch, placed long-stemmed, yellow, orange and pink roses at the Space Mirror Memorial. The massive granite monument keeping the count of the dead added 24 more names to the list.

“I’m just so emotional to be here with you,” Ramon addressed the crowd before beginning his performance at the first Kennedy memorial he’s ever attended. It was an emotional moment for all the attendees, including forest ranger Gregory Cohrs, who was among the earliest ones on the accident scene in Hemphill, Texas. He worked for three months cleansing and searching the area for shuttle debris and the astronauts’ remains and now serves at Kisatchie National Forest in Louisiana. “It was crucial for us to bring the crew home to their families. So we’re thankful to have been able to do that,” he said.

The number included seventeen who lost their lives in three mishaps: the first one being the Columbia that included the Indian astronaut Kalpana Chawla, the second being the Apollo 1 fire on the launch pad on January 27, 1967, and last the shuttle Challenger launch disaster on January 28, 1986. The seven others died in plane crashes during training or other undisclosed drills by NASA.

Ramon expressed his father’s spaceflight meant “a huge thing” not only in Israel, but the United States as well. He also added that his grandmother was a Holocaust survivor, who was also a piano teacher. She was the one who taught Tal and his father to play the piano, and Tal’s journey as a musician began after he moved back to Israel after losing his father in the accident, where he found his father’s old Steinway piano and started his career as a musician.

Tal Ramon had also lost his older brother Assaf, who was a pilot in the Israeli Air Force and died in a jet crash in 2009. He performed the title song of his album, called the “Character” – “Dmut” in Hebrew – which dedicates to his father and older brother, in the honorary gathering.