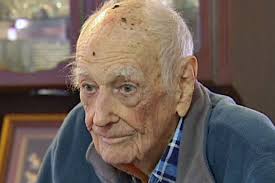 According to this post on the hospital’s Facebook page, Carsten Flemming Hansen, 75 aged, was terminally ill after he was admitted to hospital with an aortic aneurysm and internal bleeding problem.

After the doctors at Aarhus University Hospital informed Carsten Flemming Hansen that he was not fit for surgery and would probably die within days from internal bleeding following an aortic aneurysm, he revealed his final wish that he wanted to do.

The  Doctors initially predicted that it would be a matter of hours or days before Hansen died, the hospital authority, therefore, decided not to undergo any operations and instead grant the patient a “dignified” death.

The nurses present at Aarhus University hospital decided to go against the regulations that specified no smoking on the hospital’s grounds and wheeled Hansen out onto a balcony where he could smoke a Green LA cigarette and drink a glass of cold white wine while he could watch the sunset along with his family.

In its Facebook post, the hospital authority said that the nurses in Hansen’s ward and his family members agreed that in such a situation, his last wishes were obviously more important than any treatment, prevention and even smoking rules.

“It was a very cosy and relaxed atmosphere,” said nurse Rikke Kvist. “Of course there were relatives also affected by the fact he was going to die, and they were sad,” she said.

Biosimulation Market Estimated to Flourish by 2024

Sleeping disorder? The problem may be in your gene
World’s first three genetic parents gave birth to their child