Being a clean-burning and renewable fuel, biodiesel is utilized on a large scale in many of the industries comprising mining, power generation, automotive, railway, marine and so on. Biodiesel is also assisting various countries to diminish the dependency on foreign oil reserves as it is being produced domestically and utilized in a diesel engine with very little or no modification.

A few of the leading players that are presently active in the world biodiesel market are Mitsui, Archer Daniels Midland Company, Cargill, Louis Dreyfus, Solvay SA, TerraVia Holdings, Royal Dutch Shell plc., Bunge Limited, Ineos Group, and Wilmar International Limited. In a bid to remain competitive in the market, biodiesel manufacturers ar emphasizing on promoting awareness about the various benefits of biofuels, and are also making foray into technology partnerships so as to produce technically superior products.

The world market for biodiesel has been regionally segmented into the geographies of South America, North America, Asia Pacific, Middle East and Africa, and Europe. Of all of these regions, Europe is anticipated to account for a large chunk of the international market for biodiesel over the period of the forecast. France and Germany are the biggest producers of biodiesel in the region of Europe. Europe also consumes more of diesel and biodiesel than petrol. In the meanwhile, the supply and demand for biodiesel are gradually soaring at the same level. The current regime of energy taxation in Europe also supports biodiesel over ethanol. Furthermore, the Netherlands comes with the largest surplus in the world market for biodiesel as compared to the other countries in Europe. Some of the major applications of biodiesel in Europe comprise power generation, fuel, lubricating agent, and industrial solvent.

Rising concerns about greenhouse gas emissions is resulting in the use of renewable and clean source of energy. Hence, biodiesel fuels are rapidly replacing conventional fossil fuels across the globe. The government in many different countries is also backing eco-friendly alternatives such as biodiesel. In addition to that, biodiesel is the only fuel that can be used across many different energy segments such as electricity, transportation, heat, transportation, hence, this is also one of the factors contributing towards the soaring demand for biodiesel. Reducing foreign oil dependency and saving billions spent on usage of foreign oil is also encouraging production of biodiesel locally. Meanwhile, energy security is also amongst one of the main drivers of the biodiesel market. The governments across various countries are also implementing laws and legislation so as to reduce dependency on oil and increase the use of renewable energy resources, thereby fostering the industry of biodiesel.

For More Information About Market: https://www.transparencymarketresearch.com/casestudies/chemicals-and-materials-case-study 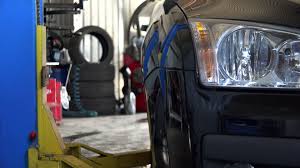 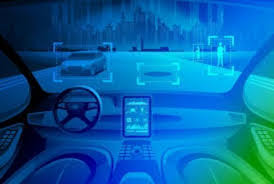 Zirconium Market Revolutionary Trends in Industry Statistics by 2020-2026
Hydrogen Peroxide Market is anticipated to reach US.68 bn by 2025